Heavy Equipment Transport is the best equipment shipping company in Texas. Our national network of seasoned haulers can ship equipment anywhere, from remote Texan construction sites to busy, inner-city hubs. We ship all equipment and oversize loads. For example, if you've just purchased Caterpillar, Bobcat, or Komatsu equipment at auction, we’ll ship it anywhere in Texas for you.

Heavy Equipment Transport has over a decade of experience shipping machinery and oversize loads throughout Texas. Our experienced logistics agent will provide you with everything needed for Texas equipment shipping. We’re available from dispatch to delivery for all your Texas oversize load transport needs. Call now and get your Texas equipment shipping rate! (888) 730-2951 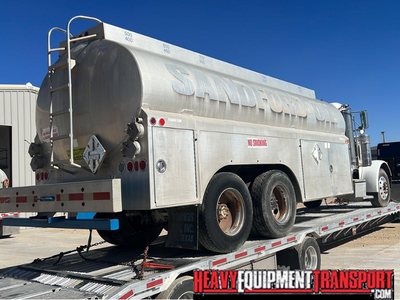 Whether you need a short tractor trailer transport, a long distance semi truck shipping solutions to cross Texas, Heavy Equipment Transport gets it done right. We've provided Texas semi truck shipping services for over a decade. We are dedicated to making sure each semi truck transport meets the high standards that Texas expects. Get your Texas drive away services quote now! (888) 730-2951

As the leading transport company in Texas, we are very flexible in delivering our services. Our lines of communication are open 24 hours, and we offer shipping services all year round. We also travel all roads in Texas, including:

I-10 is the longest segment of the interstate highway, while I-110 is the shortest. I-10 runs east from Anthony through EI Paso, San Antonio, to the border with Louisiana. It is North America's longest continuous freeway. I-45, unlike other interstate routes that have numbers ending with "5," is comparatively short. It connects Dallas and Houston city as it stretches to Galveston and the Gulf of Mexico. I-27 runs north from Lubbock to I-40.