Heavy Equipment Transport is California’s best oversize load shipping company. We transport equipment from the bigger cities, such as Los Angeles, San Diego, and San Francisco, and even the smaller towns, including Avalon, Laguna Beach, and St. Helena. We transport all heavy equipment and oversize loads to and from California with top quality service. We’re an all-inclusive machinery shipping company, dedicated to providing the best California shipping experience available.

Heavy Equipment Transport is the best company to ship heavy equipment and industrial machinery throughout California.. We've got extensive experience shipping construction equipment, agricultural tools, and oversized transport. Every one of our haulers is fully-trained, certified, bonded, and insured to carry out California heavy equipment transports safely. We provide a door-to-door service, including port-to-port transport from Los Angeles, Long Beach, and Oakland, as well as same-day loading from a variety of Californian cities. Call now and get a quote to ship your heavy equipment to California today! (888) 730-2951. 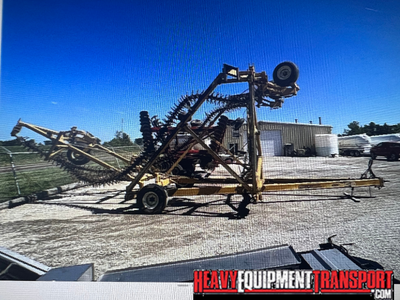 California Semi Truck Shipping Services You Can Rely On

When you're looking to ship a semi truck in California, we understand that services such as GPS load tracking and loading or unloading assistance can be a crucial part of your request. We offer fully customizable California semi truck transport and drive away services that can include everything you need to make sure you've got peace of mind. We take pride in making sure that our California drive away services are as smooth as possible, taking care of the permits, paperwork, logistics, as well as the safe driving of your semi truck transport. Get your California semi truck shipping rate today! (888) 730-2951.

Heavy Equipment Transport is California’s leading driveaway company. We offer the best professionals to drive your semi truck, RV, and other equipment throughout California. Your freight will be driven by an experienced driveaway professional, who is properly licensed and insured. Whether you need driveaway services to or from California, or to drive your equipment within the state, we offer the best services at the most affordable rates. Call Heavy Equipment Transport and find out more about our driveaway services now! (888) 730-2951.


The I-5 speedway. This highway spans the entire length of California from Los Angeles in the south through to Santa Clarita, Castaic, Gorman, Lebec, and Wheeler Ridge. The circuit veers northeastwards and passes through Buttonwillow and Lost Hills before terminating in Sacramento.

The I-10 interstate. A transcontinental interstate highway that connects Santa Monica in California to the far reaches of Jacksonville, Florida. The road runs east from Santa Monica to Los Angeles, then continues eastward towards San Bernardino and Palm Springs before reaching the Arizona border.

The I-15. It's a major north-south route that connects the San Bernardino, Riverside, and San Diego Counties. From its beginning at the I-8, the I-15 highway heads northward through Mission Valley and Kearny Mesa. After passing the Marine Corps Air Station Miramar, the I-15 runs into Rancho Penasquitos, a suburban community in northeastern San Diego. Continuing northwards, the I-15 exits the upper San Diego city limits after crossing Lake Hodges before continuing onto Escondido. North of here, the terrain is often hilly, and mostly farmland. The road descends into the Inland Empire, running along the Santa Ana mountains' eastern edge. Traveling northwards, the I-15 acts as a primary route between Southern California and other significant destinations through the Cajon Pass.

California has the biggest population among the states in the United States. The state's gross product is the largest sub-national economy globally. Therefore, it's rather apparent that California is home to some of the largest companies and the most affluent men globally. California came to be under the United States in 1848 after the Mexican-American War. The California Gold Rush led to massive immigration and caused a global economic surge during this time. California has been ground zero for innovations, trends, and cultures in recent years, such as the personal computer, the hippie counterculture, and the beach and car culture.

It’s also home to Hollywood, arguably the largest enterprise in the entertainment market. The Golden State not only showers its tourists with great weather but also adventure, beauty, fun, and history. Its family-friendly, suited with theme parks such as Magic Mountain, Universal Studios Hollywood, Boomerang Bay, Discovery Kingdom, and the renowned Disneyland for adults and kids alike. The natural beauty of California in parks like Yosemite National Park and Redwood National Park, home to the tallest redwood tree, will leave you speechless. The famous Star Wars film was shot in Marin Headlands just outside San Francisco.