Transport Your Equipment Anywhere in Canada with Us!

Heavy Equipment Transport is the best equipment transport company in Canada. We’ve helped thousands of clients transport equipment of all sizes and weights. So whether you want to ship a piece of equipment from one province to another or country, we’re here to do it. We’re familiar with the rules and regulations of equipment transport in different provinces in Canada and adhere to them. In addition, we have partners located near you ready to transport your equipment to a destination of your choice. We have over a decade of experience, which helps us transport equipment of all types. To make a booking, you can fill out the form on our website, call, or email, and one of our experts will get back to you shortly. We will pay for the custom charges if you’re shipping a piece of equipment into or out of Canada. Heavy Equipment Transport offers door-to-door, terminal-to-terminal, port-to warehouse, port-to-port equipment shipping services, and any other place. 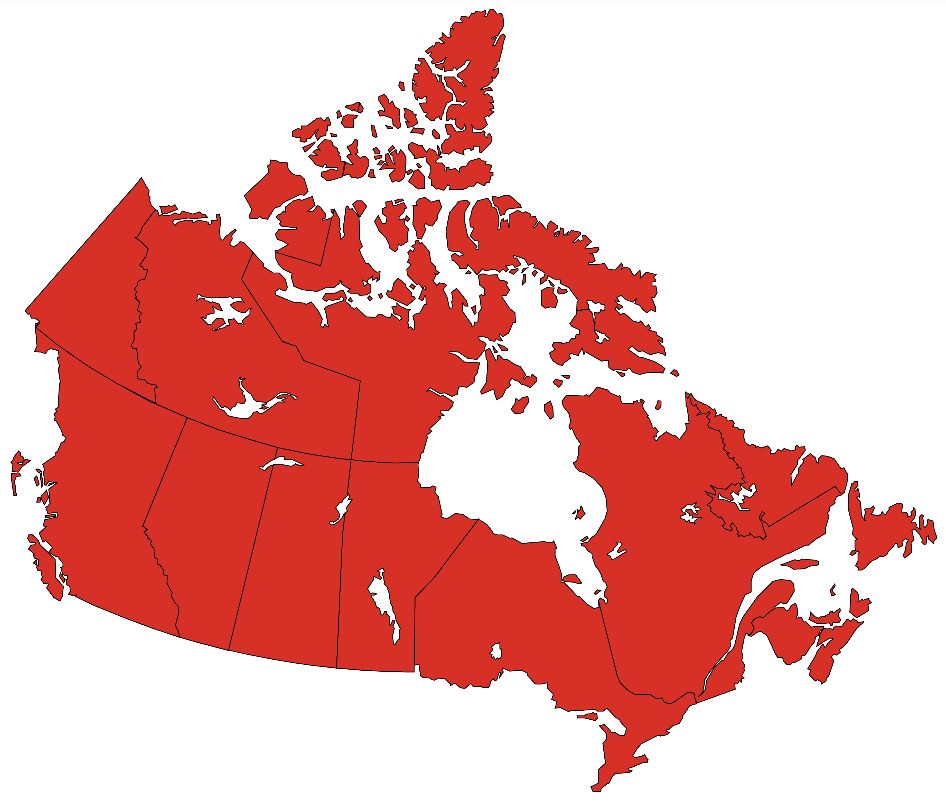 Heavy Equipment Transport will assign your shipping request to an agent you can contact at any time for updates. They will choose the best trailer for transport based on the weight and dimensions of your equipment. In addition, they will acquire transport documents and shipping permits if needed. All oversized and overweight equipment must be accompanied by shipping permits and pilot cars if they can’t be shipped by the driver alone. The work of pilot cars is to control traffic and guide the driver on the best routes to follow without getting stuck. We’re careful when loading and unloading equipment because a slight mistake might lead to a fatal accident. Our drivers know how to operate different equipment models when loading and unloading them. They secure them for transport using strong chains or straps. Equipment that’s not driven onto a trailer is lifted using cranes. If it’s too large or heavy, we send a rigger crew to guide the crane operator to ensure it’s loaded and unloaded safely.

We fully insure every piece of equipment and make our clients holders of the insurance copy. That gives them the confidence they need while their equipment is in transit. You can go directly to the insurance company and claim compensation if not delivered safely. We use the bill of lading form filled at the pick-up location to confirm if your equipment is delivered safely. To prepare your equipment for transport, clean it, remove personal belongings and follow the advice given by the specialist processing your shipment. The transport cost depends on the weight, dimensions, mode of transport, season, route, and distance. We offer expedited shipping services for clients who want their equipment transported urgently. To ship equipment to or from any province in Canada, contact us at (888) 730-2951.

Transport Equipment To or From Every Province in Canada

Alberta is found in the western part of Canada and is landlocked. However, we transport equipment to and from ports in the neighboring provinces. Some of the main highways we use in Alberta include; Highway 2, the main north to the south corridor, Interstate 15, the busiest gateway from the United States to the province, and Highway 3.

Ontario is the most populous province in Canada and the second largest in surface area. The main highways we use include 400 series highways connecting the province to the busiest border crossings, namely the Detroit-Windsor Tunnel, Ambassador Bridge, and the Blue Water Bridge through Highway 402. Others include Highway 401, Highway 417, and Highway 400.

British Columbia is the third most populous province in Columbia and is neighbored by Alberta on the east. When shipping equipment from the United States to British Columbia, one border crossing we use is Blaine/Surrey, which is connected by Washington highway 543 and BC Highway 15.

Nova Scotia is one of the densest provinces in Canada because it’s small in size. When shipping equipment from the United States to Nova Scotia, one border crossing we use is Fort Kent/ Clair. Once allowed through, our drivers use New Brunswick highway 205 to Trans Canada Highway and connect to Nova Scotia 104E.

Saskatchewan is one of the two landlocked provinces in Canada, with a population of over 1.1 million citizens. Therefore, when transporting heavy equipment to Saskatchewan from the United States or vice versa, we use the Fortuna Oungre border crossing, which leads our drivers to highway 35 and from there, they branch off to the delivery location.

Manitoba has a population of over 1.3 million residents and is neighbored by North Dakota and Minnesota to the south. When hauling heavy equipment from the United States to Manitoba, our drivers use Warroad / Sprague border crossing, which connects them to highway 12 in Manitoba.

New Brunswick has a population of over 770,000 residents and is neighbored by Maine in the west. Anytime we ship heavy equipment from the United States to New Brunswick, we use Fort Kent / Clair border crossing to connect to highway 205 in New Brunswick.

Newfoundland and Labrador are located in the far east and have a population of over 500,000 residents. The province doesn’t border any US states; therefore, we use Highgate Springs / St Armand border crossing, which leads us to Quebec through highway 133. From there, our drivers connect to route 389, which leads them to route 138 in Newfoundland.

Prince Edward Island is the least populated province in Canada and the smallest in surface area. Since it doesn’t neighbor any US state, we use the Edmundsn / Madawaska bridge border crossing when shipping heavy equipment from the United States. Once allowed into Trans-Canada Highway in New Brunswick, our drivers connect to Confederation Bridge, leading them to Prince Edward Island.

Quebec is the largest province by area and the second-largest in population. When shipping heavy equipment from the United States to Quebec, we use Highgate Springs / St Armand border crossing. Once we’re let through to highway QC 133, we branch out to the final destination.