Specializing in Shipping Semi Trucks and Oversize Loads Throughout Maine

The Best Equipment and Oversize Load Shipping Company in Maine

Heavy equipment shipping in Maine can take many forms. Heavy Equipment Transport ships oversize heavy machinery on a variety of trailers, including flatbeds, RGNs, and step deck trailers. Shipping services are available from every major city, including Bangor, Cape Elizabeth, South Portland, and Augusta. We have drivers all across Maine ready to ship your equipment today. For over a decade, the residents of Maine have relied on Heavy Equipment Transport so ship their oversize loads safely. 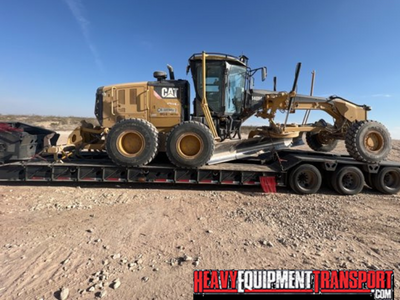 TRANSPORTING SEMI TRUCKS TO AND FROM MAINE 7 DAYS A WEEK

Heavy Equipment Transport has been serving Maine and the surrounding areas for new and used semi truck transport. We ship semi trucks all across Maine, whether you need a local haul or a long-distance transport. A dedicated logistics agent is ready to plan your Maine semi truck transport today. We plan the route and find the best driver and trailer to ship your semi truck. We are licensed, bonded, and insured so you can be confident your semi truck is in good hands. With over a decade of experience, Heavy Equipment Transport is ready to take on any Maine semi truck shipping project.

Heavy Equipment Transport regularly ships semi trucks throughout Maine, utilizing the interstate highway and state road system to navigate between significant destinations quickly. Some of the most common routes include:


As a six-lane highway, the I-95 enters Maine from New Hampshire across the Piscataqua River Bridge, connecting Portsmouth, NH, with Kittery. The route follows a northeasterly direction through Maine, bypassing the Saco/Biddeford area. Its spur route, the I-195, connects the highway to Old Orchard Beach. When it reaches Scarborough, the road meets the southern end of the I-295 and turns north to serve the Portland International Jetport.

Continuing along the turnpike, I-95 travels through Gray, Auburn, and Lewiston. From Lewiston, it turns east to Gardiner and then parallels the Kennebec River past both Augusta and Waterville. From Fairfield, the road follows the Sebasticook River northwards past Pittsfield and Newport before turning east to Bangor. From the north of Bangor city center, the highway resumes its northerly run to Howland, Lincoln, and Houlton.

Travelers heading between Scarborough and West Gardiner often use the auxiliary I-295 route. It's approx. 84 km long and serves as a Lewiston-Auburn bypass in the Greater Portland area. It offers a more direct way between Portland and the state's capital than its parent I-95. It's also a toll-free alternative, which branches off from the Maine Turnpike at exit 44. From downtown Portland, the route typically follows the Kennebec River and coastal Mississippi until it reaches West Gardiner and merges with the I-95 at exit 103.