Need an Equipment Shipping Company in Colorado? You Found it.

A Colorado Equipment Shipping Company You Can Rely On

The experienced transport agents at Heavy Equipment Transport are well-versed in Colorado's major highways and pre-plan the best route with the least amount of tolls to ship your heavy loads. For over a decade, Heavy Equipment Transport has built our reputation around the mission to provide better Colorado oversize load shipping services. Our clients know they can rely on our top quality transport solutions. To transport your heavy equipment to Colorado, call us for a shipping estimate now! (888) 730-2951

Common Equipment We Transport In Colorado 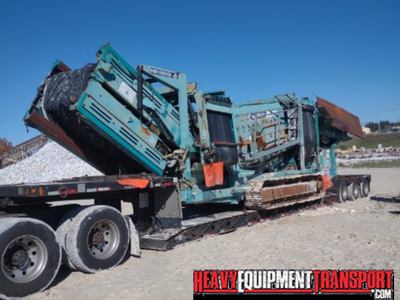 The I-25 follows a north-south route through Denver and Colorado Springs. It enters from a northern location near Carr and exits further south near Starkville. On its path, the cities of Fort Collins, Pueblo, and Loveland are connected. It follows the eastern side of the Rocky Mountains, turning from north to west-northwest as it passes Wootton. Once past Wootten, it again travels northward towards Trinidad. From here, it bypasses the Orlando Reservoir to reach Colorado City. Continuing north-northeasterly, it then enters Pueblo and continues to Fountain. After leaving El Paso County, the highway traverses rural, hilly locations, passing through Monument Hill, at an elevation of 7,352 feet, and continuing north to Denver.

I-70is a transcontinental interstate that stretches between Cove Fort, UT, and Baltimore, MD. While in Colorado, the route follows an east-west path across the center of the state. In the west, it connects the metro areas of Denver and Colorado through a Rocky Mountain route. In the east, it crosses the Great Plains, connecting Denver with metro areas in Missouri and Kansas.