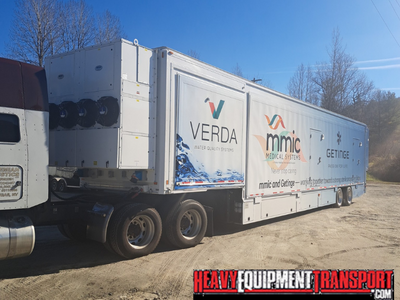 Although not served by many shipping routes as the northeastern states, North Dakota boasts a decent network of trucking routes, including the following:

Starting from North Dakota's southern border, I-29 spans 217 miles across the state to Provincial Trunk Highway (PTH) at the US-Canada border. It has a maximum speed limit 0f 75 mph, and with no barrier separating the lanes, trucking drivers must exercise utmost caution and safety when plying the route. I-31 is a continuation of the SD-65 and starts at the South Dakota border, connecting the cities like Flasher and the greater Bismarck region.

I-94 spans from the eastern to western border, a distance of about 350 miles. It starts from Fargo, through major towns, such as Tower City, Jamestown, Bismarck, New Salem, Dickinson, before reaching the Montana state border in the west. Lastly, the US Route 85 stretches about 255 miles along the western state border. It's one of the busiest shipping routes in North Dakota, with countless commercial oil and heavy-hauling trucks moving loads on the road daily.