Shipping All Semi Trucks and Oversize Loads to North Carolina

Shipping All Equipment Throughout North Carolina

Whether you're looking to transport heavy machinery through the busy city streets of Charlotte or Raleigh or need a reliable shipping company to transport an oversize load from North Carolina to a neighboring state, we get it done safely. We’ve shipped heavy machinery from major manufacturers, including Caterpillar, John Deere, Komatsu, and Roadtec, across North Carolina's interstates for more than a decade. Call Heavy Equipment Transport for your North Carolina equipment shipping service rate today! (888) 730-2951 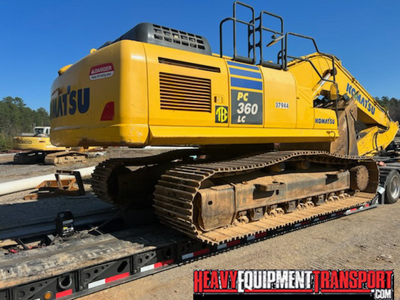 At Heavy Equipment Transport, we only work with professional, licensed, and industry-seasoned trucking drivers who've plied North Carolina state roads and highways for years. We can quickly and safely transport your semi-truck(s) on the following highways:

In North Carolina, I-40 stretches from Asheville near the western state border and passes through Greensboro before spanning southward to Raleigh and Wilmington. It's one of the busiest highways in North Carolina, with heavy commercial vehicles and semi-tractor trailers. Therefore, drivers must be on high alert when using the route. Another shipping route is I-74, which starts at the intersection with I-77 near the Virginia state border. It spans 69 miles to the intersection with US 74 close to Lumberton.

I-85 runs from the Grover, near Gastonia at the southern state border and connects major metro areas, such as Charlotte, Durham, and Greensboro, before reaching the southern Virginia border near Henderson. If you'd wish to ship your semi-truck to Virginia or South Carolina, I-95 is the most ideal and convenient route. Covering about 180 miles, I-95 ranks among the busiest and most dangerous routes, especially in summer when it receives a lot of precipitation.