Heavy Equipment Transport has more than a decade of experience shipping heavy machinery and oversize loads to and from Arizona. During our extensive history of hauling heavy equipment through Arizona, we have handled oversized machinery from many major brands, such as Doosan, JCB, Oshkosh, and Terex. We are the industry-leading Arizona equipment shipping company. Heavy Equipment Transport provides professional and quality machinery shipping, at the most affordable rates.

Heavy Equipment Transport only works with the best for Arizona equipment shipping. That means we work with the most experienced drivers to transport your oversize equipment and machinery. We are licensed, bonded, and insured to ship heavy machinery anywhere in the world. We provide all-inclusive services to ship equipment to or from Arizona. This includes, but is not limited to, load assistance, pilot vehicles, rigging and millwright services, and more. Get your Arizona equipment transport rate now! (888) 730-2951. 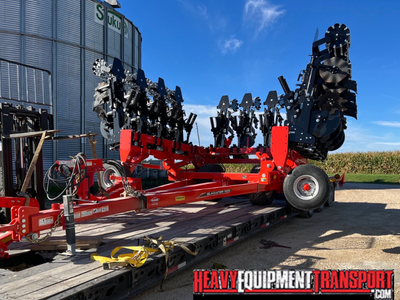 Transporting Semi Trucks to or from Arizona with Top Quality Service

EVERYTHING YOU NEED TO KNOW ABOUT ARIZONA EQUIPMENT TRANSPORT

Arizona is in the Southwestern region of the United States in the Mountain subregions. It's renowned for the Four Corners region shared with Colorado, New Mexico, and Utah. Arizona achieved statehood in 1912 as the 48th state and the last of the contiguous states to be admitted to the Union. Arizona is an iconic tourist destination for its great historical sites and natural beauty. In Northern Arizona, a heavily forested area features Douglas fir, spruce, and pine trees. In addition, there are deep canyons, the Colorado Plateau, and mountain ranges. The ski resorts in Alpine, Flagstaff, and Tucson are renowned throughout the state.

Arizona also enjoys several national parks, national forests, and national monuments, but the cherry on top is one of the world’s seven natural wonders, the Grand Canyon National Park. On the other hand, Southern Arizona has an excellent reputation for its desert climate with mild winters and scorching summers. In Arizona, there is a diverse population which ensures everyone, local or visitor, fits right in.

The I-40, the busiest motorway in Arizona, which connects one end of Arizona to the other, and partially follows the border to California. Traveling westward, the I-40 enters Arizona at a crossing of the Colorado River that's southwest of Kingman. It crosses the Mojave desert, passing through Seligman and the Coconino national forest at Ash Fork. Across the northern portion of the state, it travels east, connecting Kingman and Ash Fork, Williams, Flagstaff, Winslow, and Holbrook, before turning northwest towards the Petrified National Forest National Park.

The I-10, which leaves Phoenix, AZ, and heads to California. Passing the Gila River Indian Reservation, the highway follows a 140 mile stretch of desert to Quartzite, before traveling further west to Ehrenberg's border. The I-10 leaves Phoenix in a southeasterly fashion, connecting the city to Eloy, Marana, and Tucson, before moving further south to Benson, and finally shifting westward towards Wilcox, Bowie, and San Simon.