Shipping heavy machinery in Idaho requires a dependable Heavy Equipment Transport company. We specialize in shipping oversize loads, heavy equipment, and more through Idaho. A dedicated logistics agent will walk you through every detail of shipping equipment to Idaho. We handle everything from dispatch to delivery, so you can focus on more important things.

Common Equipment We Haul in Idaho

MJ Tutwiller coordinated the transportation of this 34.9L 10.8W 12H and 80,000lbs Caterpillar 988A wheel loader from Spring City, TN to Pocatello, ID where it was delivered safely. A lowboy trailer was used for even accomodation of the weight and size of the equipment for efficiency and safety. To transport a Caterpillar 988A wheel loader, call us now!

CATERPILLAR 988A WHEEL LOADER ON A LOWBOY TRAILER 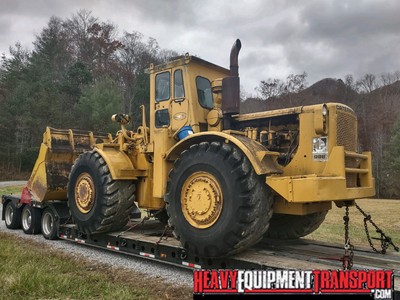 ALL-INCLUSIVE SEMI TRUCK TRANSPORT TO AND FROM IDAHO

Heavy Equipment transport provides everything you need to ship a semi truck to Idaho--whether it's a standard trailer transport, or drive away services for your semi truck. Our top team of logistics agents are available around the clock to get your Idaho semi truck transport started. For over a decade we’ve provided top quality semi truck shipping services all across Idaho. We handle every aspect of transport, including paperwork, permits, and assistance for loading. Your dedicated agent is available from the first phone call, all the way to delivery to answer any questions you may have. At Heavy Equipment Transport we provide all-inclusive and quality Idaho semi truck transport solutions.

We can haul your equipment anywhere in and out og Idaho, we have drivers in the state now that can be to any location as early as 24 hours. We use all roads and access ways but these are some of the most common highways we use:


In Idaho, the I-15 runs northwards from the state line near Woodruff to the Monida Pass. It's the primary route for drivers of eastern Idaho to connect deliveries between Pocatello, Idaho Falls, Malad City, Dubois, and Blackfoot. Each of these cities is then connected to Salt Lake City, UT, in the south and Butte, MT, in the north. From its entry near Woodruff, the road follows the edge of the Caribou National Forest. It travels the narrow Devil Creek Valley between the Elkhorn Mountain and the Bannock Range before reaching Malad Summit, where it then enters the Snake River watershed. In Bannock County, the road descends into the Marsh Valley to Downey and McCammon before curving north at Portneuf and entering Pocatello. It continues northward on the Snake River Plain into the Fort Hall Indian Reservation before crossing the Continental Divide in Montana.

The I-84 is the longest interstate in Idaho that connects the Oregon state line to Utah in the northwest. Primarily following the Snake River, the highway connects Boise, Mountain Home, and Twin Falls. It travels concurrently with several state routes through the Boise metropolitan area and is one of the busiest roads in the state. Once at Twin Falls, the I-84 turns southeast to cross the Sublett Mountain Range before exiting in Utah. On its route, the highway also climbs into the northeastern extent of the Black Pine Mountains through the Mortensen Canyon, cresting at Sweetzer Summit, a point that's more than 5,000 ft. above sea level.