The Most Reliable and Affordable Equipment Shipping Company in Massachusetts

We handle all equipment shipping services in Massachusetts and can recommend the most suitable delivery options for your heavy machinery type. Your heavy equipment transport request might need an extended RGN or double drop trailer, or we might ship your equipment on a traditional multi-axle flatbed truck. We'll explore all available options and provide the best possible service. Our shipping services can support oversized equipment, including heavy-duty trucks, excavators, power generators, drills, and pumps. Our Massachusetts heavy equipment haulers are familiar with loading and offloading machinery onto our specialized range of trucks and trailers. 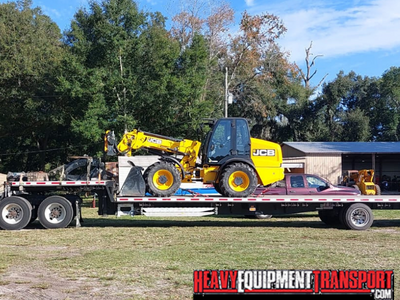 We often transport semi trucks in Massachusetts. Our drivers utilize the interstate highway system to connect your semi truck shipment with intrastate and out-of-state destinations using some of the busiest highways:

I-90 in Massachusetts follows the same route as the Massachusetts Turnpike, more locally known as the Pike or MassPike, from West Stockbridge on the New York border. The Boston Extension of the Pike first opened in 1965 and connected the Allston/Brighton Tolls to downtown Boston and the I-93. Later, its I-93 terminal was extended to serve the Logan International Airport. Along its route, you meet I-91 in West Springfield, I-291 in Chicopee, I-84 in Sturbridge, I-95 in Weston, and more, before the road terminates in downtown Boston.

The southern end of I-93 lies in Canton, at I-95 exit 12. At this junction, the I-95 North route travels northwest to serve the Boston beltway, while the South route runs through Boston's suburbs towards Rhode Island. The last few miles serves both Canton and Randolph. Exiting Randolph, the eastern route continues to Braintree, where it links to Route 3, the major highway connecting Boston and Cape Cod, before turning north towards Boston. Past Boston, the I-93 continues towards New Hampshire, passing through Andover and providing access to Worcester and the southwest before heading into New Hampshire's seacoast region.