Shipping Semi Trucks to and from Illinois

At Heavy Equipment Transport we provide custom Illinois shipping solutions that are tailored to fit your needs. Not every semi truck shipment is the same, so we make sure to listen to your needs and apply what works best for you. Your dedicated logistics agent will be available from the first call to final delivery. We answer any and all questions, making sure your Illinois semi truck shipping experience is transparent and done with quality service. Call now for an Illinois semi truck transport quote. (888) 730-2951

As semi truck movers in Illinois, our crews will often utilize some of Illinois' busiest highways, such as:

The I-90 runs northwest-southeast across the northern part of Illinois from its entry at the Wisconsin state line near South Beloit. From here, the road veers south to Rockford, before continuing on its journey to the southeast to the state line at Chicago. For its relatively short 108-mile stretch, the route encompasses a variety of environments to drive through, from the farmland that lies west of the Fox River Valley to the heart of industrial Chicago.

The I-55 is a major north-south route that connects St. Louis in Missouri to the Chicago metropolitan area. It enters the state via the Poplar Street Bridge near the east of St. Louis and runs on until it meets Lake Shore Drive near downtown Chicago. Along its route, the highway runs through Springfield, Bloomington, and Joliet. The I-55 often has heavy traffic, with more than 20,000 vehicles per day running along its length, especially as it passes through the Springfield metro, Bloomington-Normal metro, and Chicagoland metro areas.

The I-57 route parallels the old Illinois Central railways line and runs from Missouri to the I-55 exit in Chicago. It essentially serves as a shortcut route for semi truck delivery drivers heading from the south up to Chicago as it bypasses the busy St. Louis area. 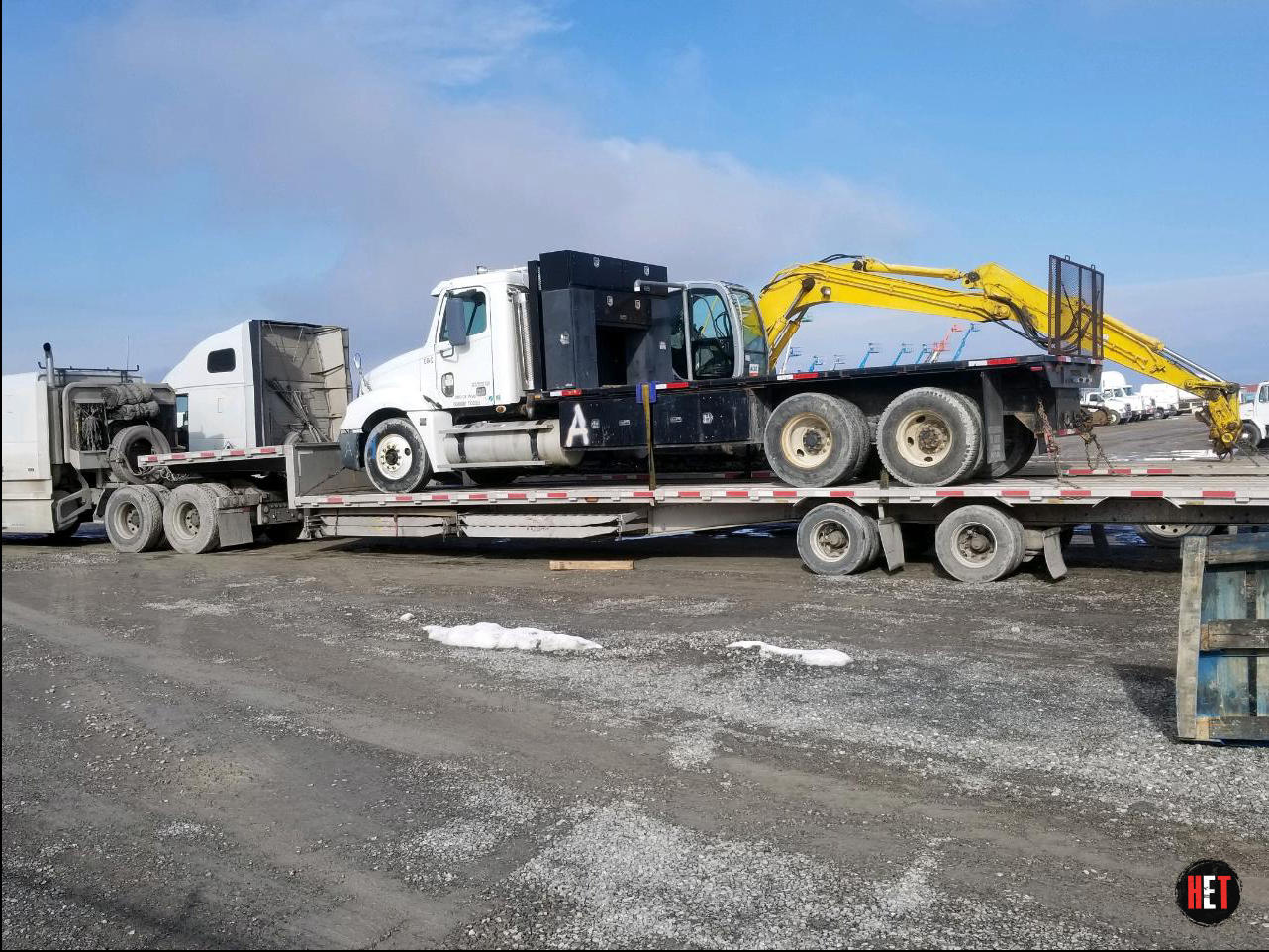 We helped a client urgently transport a 2007 International 4300 tree chipper semi truck from Chicago, IL all the way to Burlington, KY.

On the pick up date given by the client, Danny contacted one of our drivers in Chicago, IL and briefed him with all the necessary information. When he got to the pick up point, he loaded the semi truck carefully and secured it for transport. Once dispatched, our drivers know the best routes to use when shipping semi trucks from Chicago, IL to every other location. Our driver managed to deliver the semi truck before the deadline.

HeavyEquipmentTransport.com offers reliable and efficient semi truck shipping services to and from Illinois. 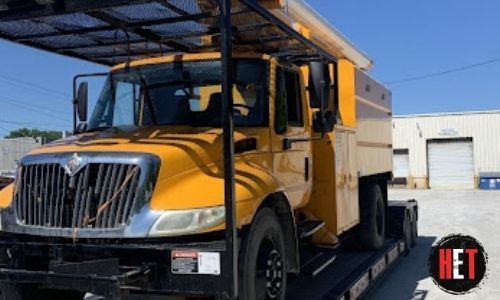 2007 International 4300 Tree Chipper Semi Truck Shipment Below are the dimensions, weight, pick up and drop off locations of the semi truck.