At Heavy Equipment Transport, we offer you nothing less than a team of shipping professionals that are dedicated to providing you with the highest quality semi truck shipping service. From the time you chat with our friendly representatives about your initial quote right through to when your tractor trailer freight arrives at its final destination, you'll experience a professional tractor trailer transport service.

When it comes to shipping solutions, we're a semi truck transport company that you can rely on to get the job done. We have dedicated logistics professionals available at all times to discuss how to ship a semi truck with you. Whether you're moving a semi truck in Denver, Fort Collins, or looking for tractor trailer transport to more remote locations in Colorado, we're here to assist. Call now! (888) 730-2951

Semi truck shipping requests at Heavy Equipment Transport can take many forms. On your behalf, we'll arrange every aspect of transporting a tractor trailer in Colorado. From getting the right permits and planning the quickest, safest semi truck routes to making sure your transport arrives on time, our tractor trailer shipping transport services incorporate everything you need to make it a hassle-free alternative. We transport Semi Trucks to all cities within Colorado, Including Denver, Colorado Springs, Aurora, Fort Collins, and Lakewood.

We can also include activities such as load tracking and loading or unloading assistance at the beginning or end destination. We're a semi truck shipping company that you can trust to ship a truck through safe, secure shipping methods supplied by fully insured, experienced, and professional staff. Let’s get started with your Colorado tractor trailer transport now! (888) 730-2951

The I-25 follows a north-south route through Denver and Colorado Springs. It enters from a northern location near Carr and exits further south near Starkville. On its path, the cities of Fort Collins, Pueblo, and Loveland are connected. It follows the eastern side of the Rocky Mountains, turning from north to west-northwest as it passes Wootton. Once past Wootten, it again travels northward towards Trinidad. From here, it bypasses the Orlando Reservoir to reach Colorado City. Continuing north-northeasterly, it then enters Pueblo and continues to Fountain. After leaving El Paso County, the highway traverses rural, hilly locations, passing through Monument Hill, at an elevation of 7,352 feet, and continuing north to Denver.

I-70is a transcontinental interstate that stretches between Cove Fort, UT, and Baltimore, MD. While in Colorado, the route follows an east-west path across the center of the state. In the west, it connects the metro areas of Denver and Colorado through a Rocky Mountain route. In the east, it crosses the Great Plains, connecting Denver with metro areas in Missouri and Kansas.

We transported a 2003 Kenworth W900 day cab semi truck from Denver, CO to Sun Valley, CA safely and on time.

Brian, one of our most experienced agents, helped a client transport a semi truck from Denver, CO to Sun Valley, CA. He worked on all the needed documents for transport and fully insured the 2003 Kenworth W900 day cab semi truck. After looking at the weight and dimensions, Brian decided that an RGN trailer was to transport the 2003 Kenworth W900 day cab from Denver, Colorado to Sun Valley, CA. It was spacious and had enough power to transport the semi truck fast and efficiently.

On the date given by the client, Brian contacted one of the drivers near the pickup location and briefed him on all the important details. When our driver got to the pick up point, he loaded the semi truck on the trailer and tightly secured it for transport. Once he was dispatched, he knew the best route to use to transport the semi truck from Denver Colorado to Sun Valley, CA. He delivered it safely and on time.

We offer professional, safe and timely semi truck transport to and from Colorado. 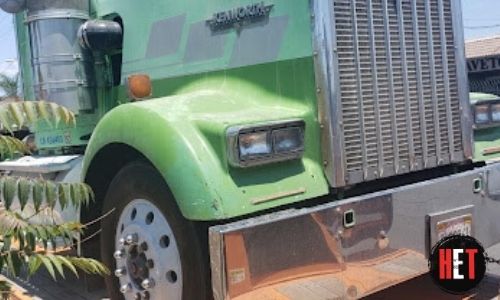