The Federal Highway Administration devised a formula (the bridge formula) that defines the maximum load weight that a trailer with a given set of axles can carry when trucking through interstate highways and major road routes in North America. Ideally, the formula was enacted to limit the weight to length ratio of a loaded trailer and truck towing a load across a bridge. According to the length, the weight-to-length ratio can be achieved by increasing the distance between consecutive axles or the trailer having additional axles. The purpose of the weight-to-length ratio is primarily to protect the bridges since the closely spaced the axles are, the more stress a loaded trailer exerts on roads and bridges.

Understanding axle weights in the heavy machinery moving industry is the key to seamless trucking services. With a better understanding of the tractor-trailer axle weights, a towing company will always operate within the law as well as minimizing tear and wear caused by “poor” distribution of weight. 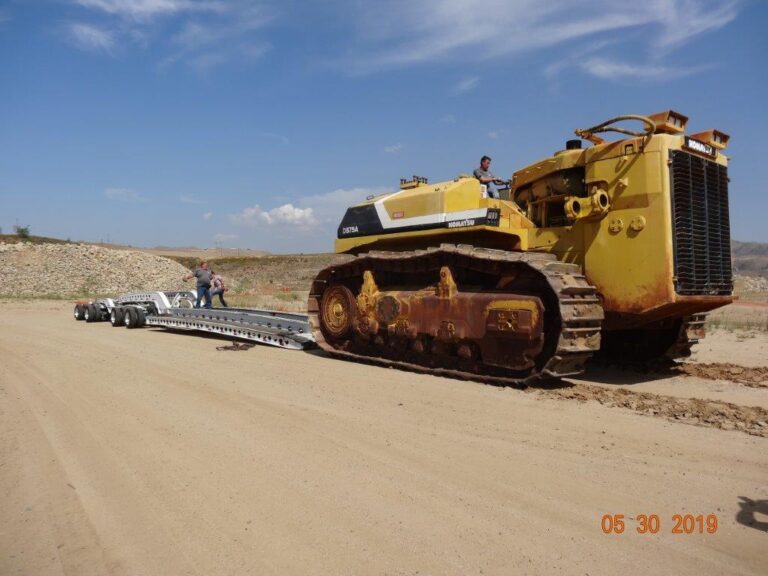 As mentioned above, all trucks towing heavy equipment on the interstate roadways must adhere to the federal bridge formula. Even though the federal government does not have the mandate to issue permits, any load that exceeds weight limits under the bridge formula must be issued with overweight permits. Since the federal government has allowed the states and provinces to enact their own set of regulations and restrictions, you need to find out the axle weight limits for each state so that you can plan well on distributing your load weight while trucking through each state’s highways. For instance, for a single axle trailer, a weight limit of 25,000 lbs. is permitted when crossing Texas highways. Luckily, our logistic team at Heavy Equipment Transport knows each state and province laws and are ready to help you move your heavy equipment anywhere across North America, Mexico, and Canada.

Although the gross weight does not depend on the weight transfer, the following factors will affect weight distribution across the axles of the trailer.