Transportation of a 26ft Semi Beverage Trailer By HET

When he had everything ready, he called one of our transport drivers in Petaluma, CA, and told him where he would pick up the 26ft semi beverage trailer. When our driver got there, he started by inspecting the 26ft trailer and filling in the BOL form. He then called David Jones and was dispatched. He chose to use route I-5 S from Petaluma, CA, because it was the most convenient. Along the way, he was careful not to over speed. After about 7 hours, he was already at the delivery point. He inspected the 26ft semi beverage trailer with the owner to confirm if it was delivered in the same condition he had picked it up. When the BOL form filled earlier matched the current state of the trailer, the owner was happy because he was confident his 26ft semi beverage trailer arrived safely.

He left us a positive review appreciating our reliability and timeliness. At Heavy Equipment Transport, we offer affordable power only transportation services. Our shipping cost is all inclusive catering for full insurance and a specialist dedicated to your shipment. We offer free and accurate power only transportation services. Our specialists follow up with your shipment until it’s safely delivered. For power only shipping services contact us through our toll free number (888) 730-2951. 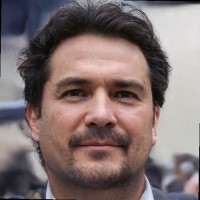