Shipping your semi-truck can become complicated and frustrating if you do not partner with a reputable transport company. To enjoy a hassle-free tractor trailer shipping experience, call Heavy Equipment Transport. We have a dedicated team ready to implement your instructions to the letter. We provide top quality semi truck transport services all across Utah.

Our drivers are also professional and experienced in shipping semi-trucks in Utah and even to the neighboring states.We are licensed, bonded, and insured for all tractor trailer transports. Heavy Equipment Transport ships all across the United States with ease. Call us now for Utah semi truck shipping services!

We specialize in shipping semi-trucks from popular manufacturers like Chevrolet, Chrysler, Ford, International, and Jeep. Whether you urgently need your tractor trailer shipped or need it at a particular future date, Heavy Equipment Transport is the most dependable partner. Besides shipping, we can provide you with all the information you want and help you choose a semi-truck best suited for your needs. Heavy Equipment Transport is the leading Utah tractor trailer shipping company.

We are a tech-savvy company that keeps up with emerging technologies and trends if only to improve our services. We have the latest trailers, tools, and even softwares to track your semi truck throughout the journey for live updates. Thanks to these technologies, our drivers can tell the traffic conditions on the routes they intend to use, thus making informed decisions about the tractor trailer transport. Experience our top-rated semi-truck transport services today! (888) 730-2951.

Dutifulness is an integral quality of every Heavy Equipment Transport staff. We take responsibility for every single semi truck shipment, ensuring it reaches you in its original condition. Our drivers are familiar with Utah roads and know how to move around major highways like:


I-15 runs north-south of Utah, passing through most of the state's population centers and those comprising Salt Lake City, Provo–Orem, and Ogden–Clearfield. It then merges with I-80 for about 3 miles, followed by I-84 from Oregon to Tremonton.

I-70 connects Utah to Maryland. The Utah stretch is about 232 miles across the central part of the state. I- 70 was the second attempt to connect Southern California to the east coast of the US through central Utah. I-215 is an auxiliary interstate also locally known as the Belt Route. The route begins at the junction with I-80 at the mouth of Parley Canyon and heads south, eventually reaching I-15. 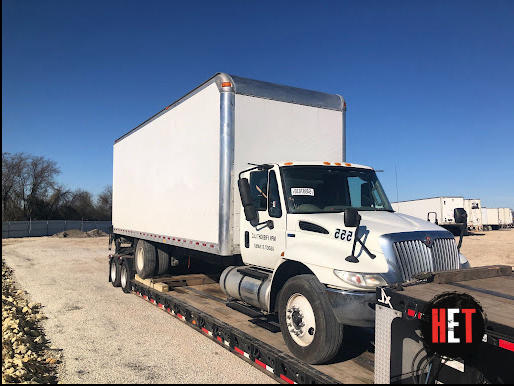 Transporting a 1993 Peterbilt 379 Semi Truck from Utah to Idaho

We shipped a 1993 Peterbilt 379 semi truck from Moab, UT to Aberdeen, ID safely and on time.

Heavy Equipment Transport has professional specialists fully dedicated to helping clients transport semi trucks across the country. Jimmy Tomasso, one of our experienced semi truck transport specialists was tasked to ship a 24,000 lbs 28L 8.5W 10H 1993 Peterbilt 379 semi truck from Moab, UT to Aberdeen, ID. The client needed to have the semi truck shipped within the shortest time possible and had paid for our expedited services. Jimmy Tomasso started working on the shipment immediately and acquired all the paperwork. He then proceeded to fully insure the semi truck and made the owner a holder of the insurance cover.

We make owners of the semi trucks holders of the insurance covers so that in case compensation is needed, they can claim it directly from the insurance company. It's easy and fast. After looking at the weight and dimensions of the 1993 Peterbilt 379 semi truck, he decided a step deck trailer was the most suitable for transport. On the day of transport, our driver carefully loaded the semi truck onto a trailer for transport and secured it well for transport. Once he was dispatched, he used route US-6 W and later connected to I-15 N which led him to the drop off location. The semi truck was safely delivered the very day and the client was happy we kept time.

We offer reliable and efficient semi truck transport to and from Utah. 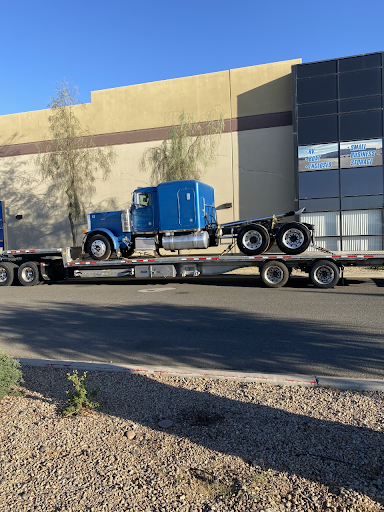 1993 Peterbilt 379 Semi Truck Transport Below are the pick up and delivery locations of the semi truck.