Shipping New and Used Semi Trucks to To North Carolina

At HET, we only work with professional, licensed, and industry-seasoned trucking drivers who've plied North Carolina state roads and highways for years. We can quickly and safely transport your semi-truck(s) on the following highways:


In North Carolina, I-40 stretches from Asheville near the western state border and passes through Greensboro before spanning southward to Raleigh and Wilmington. It's one of the busiest highways in North Carolina, with heavy commercial vehicles and semi-tractor trailers. Therefore, drivers must be on high alert when using the route. Another shipping route is I-74, which starts at the intersection with I-77 near the Virginia state border. It spans 69 miles to the intersection with US 74 close to Lumberton.

I-85 runs from the Grover, near Gastonia at the southern state border and connects major metro areas, such as Charlotte, Durham, and Greensboro, before reaching the southern Virginia border near Henderson. If you'd wish to ship your semi-truck to Virginia or South Carolina, I-95 is the most ideal and convenient route. Covering about 180 miles, I-95 ranks among the busiest and most dangerous routes, especially in summer when it receives a lot of precipitation. 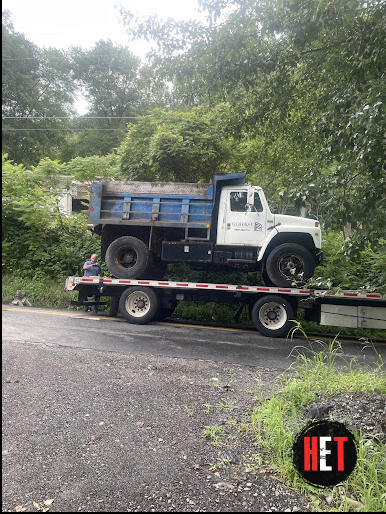 We helped a client ship a 2012 International Box semi truck from North Carolina to Texas on time.

Sam, one of our experienced semi truck shipping specialists was tasked to transport a 40,000lbs 34L 8.6W 12.4H 2012 International Box semi truck from Aurora, NC to La Porte, TX. He started by applying for the shipping permits and proceeded to work on the much needed paperwork as he waited for the permits. He also fully insured the semi truck and made the client a holder of the insurance cover. This was to ensure that in case the semi truck wasn’t delivered in the condition it was picked in, the client would be fully compensated. After evaluating the weight and dimensions of the semi truck, he decided that a double drop deck trailer was the most suitable for transport.

Eventually, Sam had everything ready including the shipping permits. He proceeded to contact one of our drivers around the pick up point and briefed him on everything. On the date given by the client, our driver was at the pick up point early where he carefully loaded the semi truck with the help of rogger men after inspecting it and filling a BOL form. Once he was dispatched, he used route I-10 W. Along the way, he made regular stops where he tightened the straps when they were loose and after 3 days, he delivered the semi truck safely.

We offer safe, timely and reliable semi truck transport to and from North Carolina. 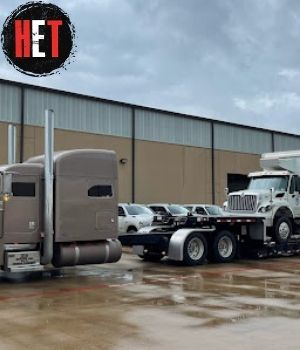 2012 International Box Semi Truck Transport Below are the pick up and delivery locations of the semi truck.