Whether you need to ship a semi truck locally across New Mexico, or long distance across the country, we get it done with ease. Heavy Equipment Transport is an all-inclusive New Mexico semi truck shipping company. That means we provide everything needed for transport, including paperwork, permits, and even load assistance for inoperable semi trucks. At Heavy Equipment Transport, we offer custom shipping solutions to fit your needs. Call now for a New Mexico semi truck transport quote! (888) 730-2951

Over the years, Heavy Equipment Transport has perfected the art of shipping semi trucks to and from New Mexico. Our semi truck transport services are top quality, and we adhere to all safety protocols. We have successfully transported semi-trucks from a range of renowned brands, including Freightliner, PACCAR, Volvo, and International. If your semi truck is inoperable, Heavy Equipment Transport arranges for load assistance. We offer all-inclusive New Mexico semi truck shipping services that our clients are confident in.

Heavy Equipment Transport (works with drivers who can safely and efficiently transport your semi-truck on New Mexico's major transport routes, including:


The U.S. Route 550 is a 4-lane busy highway that starts north of Albuquerque and stretches 175 miles to the Colorado border. It's one of the dangerous highways in the state, with a speed limit of 70 mph. I-40 runs along the southern Arizona border up to El Paso, through Las Cruces. It's a route plied mostly by large trucks and tractor-trailers.

I-40 runs across New Mexico from the western to the eastern border, through Albuquerque. With a distance of 373 miles, I-40 is one of the busiest national highways, with its most dangerous section located just northeast of Albuquerque. I-25 is 462 miles long, starting from the northern Mexican border, through Albuquerque and Colorado. I-10 interchange on this highway is also a dangerous spot, with heavy commercial vehicles speeding fast. Route 285 starts at the Texas border and passes through the central region of New Mexico to Colorado, a distance of about 407 miles. The road passes through New Mexico's southern planes and winds through Santa Fe before reaching Colorado. It's a popular transport route with big hauling trucks moving oil, sand, and natural gas. 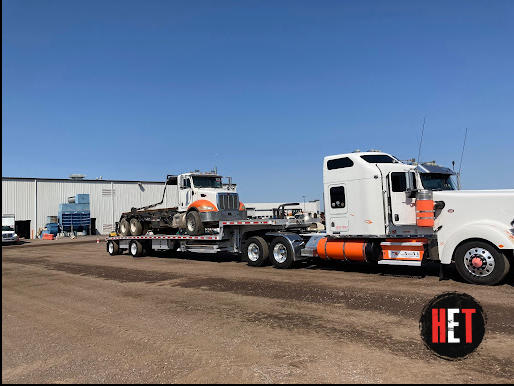 We successfully helped a client transport a 2007 Kenworth T600 semi truck from New Mexico to Texas.

Alec Bowman was tasked to transport a 19.5L 8.5W 13H and 18,000 lbs 2007 Kenworth T600 semi truck from Clovis, NM to Dallas, TX. The client paid for our expedited services because he wanted to have the semi truck delivered the following day. Without wasting time, Alec Bowman immediately started working on the shipment. He fully insured the semi truck and acquired every necessary document for transport. After looking at the dimensions and weight of the semi truck, he decided that a double drop deck trailer was the most suitable for transport.

He proceeded to call one of our drivers near the pick up location and briefed him where he was to pick up the semi trucks. He went there early and carefully loaded the trailer for transport. Once he was dispatched, he used route US-84 E and connected to route I-20 E. Along the way he made a stop to tighten the straps holding the semi truck before resuming the journey. Eventually, he was at the drop off location where he carefully unload the trailer and inspected it with the owner in reference to the BOL form. After confirming it was in a similar condition as that of the pick up location, he left and the customer was satisfied by our services. 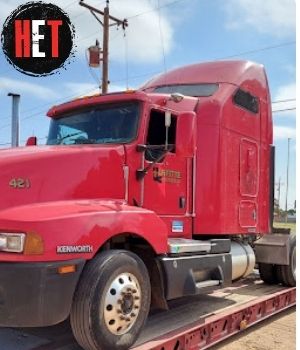 Mechanic Semi Truck Transport Here are the pick up and drop off locations of the semi trucks.