Transporting All Semi Trucks to and From New Hampshire

Heavy Equipment Transport works with the most experienced drivers to ship your Semi Truck to or from New Hampshire. We are licensed, bonded, and insured to ship semi trucks by trailer and for drive away services. When it comes to shipping new or used semi trucks to New Hampshire, Heavy Equipment Transport adheres to the best safety standards in the business. We make it our mission to ensure your semi truck is transported safely.

I-89 is a primary route in the western part of the state, connecting the state's capital, Concord, with the city of Lebanon on the Vermont state line. Also easily accessible from the I-89 in New Hampshire are the towns of Warner, New London, and Grantham. Starting just south of Concord, the highway takes a northwesterly path through the Dartmouth-Lake Sunapee region and continues northwest through Lebanon into Vermont.

I-95 travels through New Hampshire's Seacoast Region, through Portsmouth into neighboring Maine. For its majority, from the border of Massachusetts to the Portsmouth Circle, follows the New Hampshire Turnpike. Despite its short 26km length through the state, it's a vitally important route connecting six major municipalities: Seabrook, Hampton, Hampton Falls, North Hampton, Greenland, and Portsmouth. 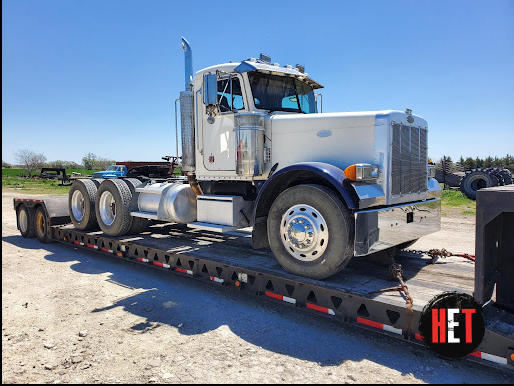 JJ Jones, one of our semi truck transport agents was tasked to transport 2000 Mack CH613 and 2005 Mack 613 semi trucks from Nashua, NH to Winnebago, MN. Having done this in the past, he knew how to go about the process. He started by acquiring the much needed documents for transport and fully insured each of the semi trucks separately. This is to ensure that in case either or both of them weren’t delivered in the condition they were picked in, the owner would claim full compensation from the insurance company. After looking at the combined weight and dimensions of the semi trucks, he decided that a step deck trailer was the most suitable for transport.

We offer safe and timely semi truck shipping services to and from New Hampshire. 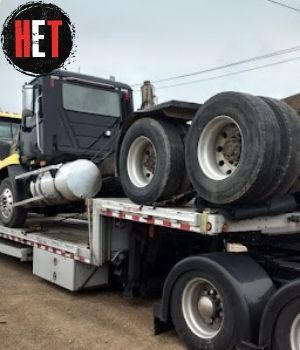