We have provided semi truck shipping services in Montana for over ten years, and we've built up an excellent reputation as the best local semi truck transport company. We're proud to serve all major cities, including Billings, Missoula, and Great Falls, as well as more rural locations. We have trucks ready to go all across the state to haul your semi truck where you need it to be. Heavy Equipment Transport has drivers all across Montana ready to ship your semi truck today.

Our semi truck transport specialists often utilize many of the interstate routes that connect cities in Montana to other parts of the U.S. Popular routes include:

I-15 crosses into the state from Idaho south of Lima Reservoir before continuing in a northwesterly direction through farmland and desert until reaching Clark Canyon Reservoir. Past Clark Canyon, the highway turns north then northeast towards Dillon. The route passes near the Lookout State Park before running parallel to the Big Hole River for a stretch before turning northwest through the desert and traveling along Divide Creek.

I-15 merges with the I-90 for a time before splitting off into the forest and plains north of the I-90 and following Bison Creek and the Boulder River. It also passes through the mountains, servicing towns such as Basin, before winding down through Jefferson City, Helena, Cascade, Ulm, and Great Falls. The last city on its journey through Montana is Sweet Grass.

A major east-west highway in Montana is the I-90, which links Seattle to Boston. In Montana, the route consists of almost 900km of road and passes through more than a dozen counties in the southern and central portions of the state. It enters from Shoshone County in Idaho over the 1,440m high Lookout Pass, which travels through the Coeur d'Alene Mountains of the Bitterroot mountain range.

I-90 travels in a southeasterly direction through woodlands before reaching St. Regis and continuing east, passing south of Alberton. The I-90 connects Missoula, Granite, and Powell counties before entering Deer Lodge, Silver Bow, and Jefferson. From here, the route enters Broadwater, Gallatin, and Park, before serving Sweet Grass and Stillwater and exiting the state. 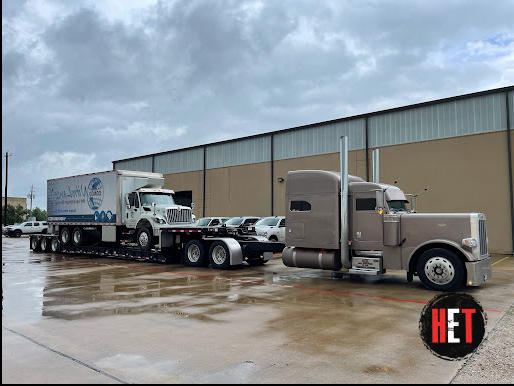 We successfully helped a client transport a 2008 Mack GU713 Winch semi truck from Montana to Texas on time.

Brian, one of our top semi truck transport specialists was tasked to help a client transport a Mack GU713 Winch semi truck from Helena, MT to Godley, TX. From having helped thousands of clients transport semi trucks across the country successfully, he knew how to go about it. The first step was to work on the documents needed for transport and fully insure the semi truck. We fully insure every semi truck we transport and the client is made a holder of the insurance cover. This is to ensure that in case anything happens along the way and the semi truck isn’t delivered in the condition it was picked in, the clients can be fully compensated by going directly to the insurance company.

After looking at the weight and dimensions of the Mack GU713 Winch semi truck, Brian decided that a step deck trailer was the most suitable for transport. It would accommodate the weight and dimensions of the semi truck perfectly. At this point, Brian had everything ready and the only thing remaining was to contact the driver near the pick up location and brief him on where he was to pick up the semi truck. On the date given by the client, our driver was at the pick up location where the semi truck was carefully loaded and secured for transport. Once dispatched, he followed route US-287 S and managed to deliver it before the deadline. 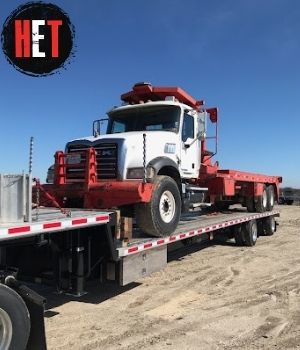 2008 Mack GU713 Winch Semi Truck Shipment Below is where the semi truck was picked and delivered.