Whether you need to ship a new semi truck to Missouri, or you have an inoperable semi truck you need load assistance for, Heavy Equipment Transport is here to provide the serve you need. We are license, bonded, and insured to ship semi trucks all across Missouri. Your dedicated logistics agent is available from the first phone call to final delivery. We answer any questions you may have, and provide transparent Missouri semi truck transport. Get your Missouri semi truck shipping rate today! (888) 730-2951

Whether you live in the biggest city, or the most rural areas of Missouri, Heavy Equipment Transport has drivers ready to go. We offer multiple trailers for transport, bulk truck shipping, truck stacking, piggyback truck transport and more. Our experience and dedication to quality service is what makes Heavy Equipment Transport the best Missouri semi truck shipping company. Get your Missouri semi truck transport quote today! (888) 730-2951

Heavy Equipment Transport drivers in Missouri will use the interstate highway system to ship semi trucks. Major routes our drivers are comfortable shipping semi trucks along include:

The north-south I-29 begins in Missouri, traveling through Kansas City and the St. Joseph metro areas before heading into Iowa. Most of the route through Missouri is contained in the Platte Purchase area. The trail begins at a confluence with the I-70 and follows the same road as I-35 and US 71. It crosses over the Missouri River alongside these two highways and separates in the north of Kansas City, passes by the city's international airport, and then exits towards eastern St. Joseph. In St. Joseph, you can access downtown via the I-229 loop before the highway leaves the city and passes through rural northwestern Missouri to the Iowa border near Rock Port and Council Bluffs.

I-44 travels northeast from the state border near Joplin to meet the I-70 in St. Louis. Over more than 470 km, the interstate connects many of the state's largest cities. It enters Missouri in Newton County and travels through southern Joplin before meeting the I-49 in Jasper County. The road continues through Jasper and into Lawrence County, turning northeast near Mount Vernon. At Halltown, the route curves back towards the east, following the old US 66 route. For part of its journey, the road enters the Mark Twain National Forest. It briefly leaves the forest to serve Waynesville, St. Robert, and Fort Leonard Wood before its re-entry. Once out of the National Forest, the road heads into St. Louis County, bisects Eureka and traverses unincorporated land before serving Fenton, Crestwood, Kirkwood, Oakland, and more before entering the city of St. Louis. 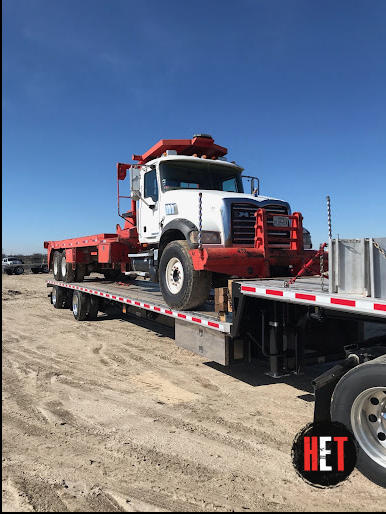 With the help of a team of specialists, the truck was loaded on the flatbed trailer and was ready for shipping 2 hours after the client had confirmed his request. The journey began after Travis had counterchecked the loaded truck. The driver was handed all the relevant documents and commenced the journey. Three hours into the journey, the driver made his first stop and checked the loaded vehicle's integrity. The operation was seamless thanks to the expertise of Travis and his team. The 1994 Kenworth W900 single axle semi truck was safely delivered before the deadline.

We offer timely, reliable and affordable semi truck transport to and from Missouri. 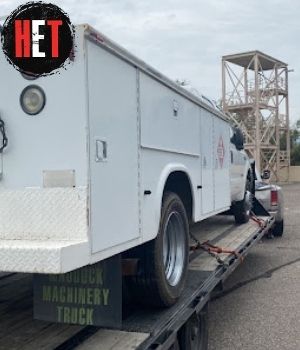 1994 Kenworth W900 Single Axle Semi Truck Shipment Below are the pick up and drop off locations of the semi truck.