Transporting All New and Used Semi Trucks to Iowa

Heavy Equipment Transport is the industry-leading semi truck transport company. We provide all-inclusive shipping services for new and used semi trucks transported to Iowa. If your semi truck is non-running, we’ll get the load assistance necessary to get it on the trailer safely. Even if you need to ship semi trucks to or from Iowa in bulk, Heavy Equipment Transport has the necessary resources to get it done right. We are the best Iowa semi truck shipping company in the business.

When you choose to work with Heavy Equipment Transport, you're selecting a semi truck shipping company with more than a decade of experience handling semi truck towing requests. When it comes to semi truck transport, there's no one better equipped than our extensive network. From the largest cities, such as Des Moines and Cedar Rapids, to even the most remote locations, we can transport semi trucks through out Iowa and neighboring states. Our dedicated logistics agents determine the best route at the most affordable pricing for your Iowa semi truck transport. Call now and get your semi truck shipping rate! (888) 730-2951

Heavy Equipment Transport works with the best drivers with the experience needed for Iowa semi truck shipping. We adhere to top safety standards for all Iowa semi truck transports and driveaway services. That means every driver we worked with is vetted to ensure they have the proper licensing and skills to ship semi trucks with top-quality service. Our dedicated transport agents are available from the first call to final delivery to answer any questions you may have. At Heavy Equipment Transport, we do more than just transport semi trucks to Iowa. We provide a quality shipping experience that our clients are confident in. That includes complete and expert semi truck driveaway services.

Our professional semi truck towing specialists often utilize many of the interstate routes that connect cities in Iowa to other parts of the U.S. Popular routes include:

I-29 is an interstate highway that runs north-south and parallels the journey of the Missouri River through Iowa. The road enters Iowa near Hamburg, following a north-northwesterly route through the Omaha-Council Bluffs connecting the Sioux City areas. Throughout its journey, the highway route is entirely flat, never straying from the land between the Missouri River and the nearby Loess Hills. On its exit from Iowa, the road crosses into South Dakota over the Big Sioux River.

Another north-south interstate in Iowa is the I-35 that connects Duluth in Minnesota and Laredo in Texas through the center of Iowa. The highway enters the state near Lamoni and continues northward through southern Iowa's drift plain. Just north of Lamoni, there's a rest stop overlooking the Grand River that provides access to the Slip Bluff County Park. When it reaches Des Moines, the I-35 overlaps the I-80 highway, and both bypass the center of Des Moines to the north and west. On the west route, the I-35 turns north to go through Ankeny and Ames, continuing northeast to the Wright County line and beyond.

The I-80 in Iowa travels west to east, entering the state in Council Bluffs and also threading through the southern Iowa drift plain. I-80 continues east after des Moines, and in eastern Iowa provides access to the University of Iowa located in Iowa City. Northwest of the Quad Cities, the highway has the world's largest truck stop. The route then continues onto northern Davenport and Bettendorf before leaving Iowa on the Fred Shwengel Memorial Bridge. 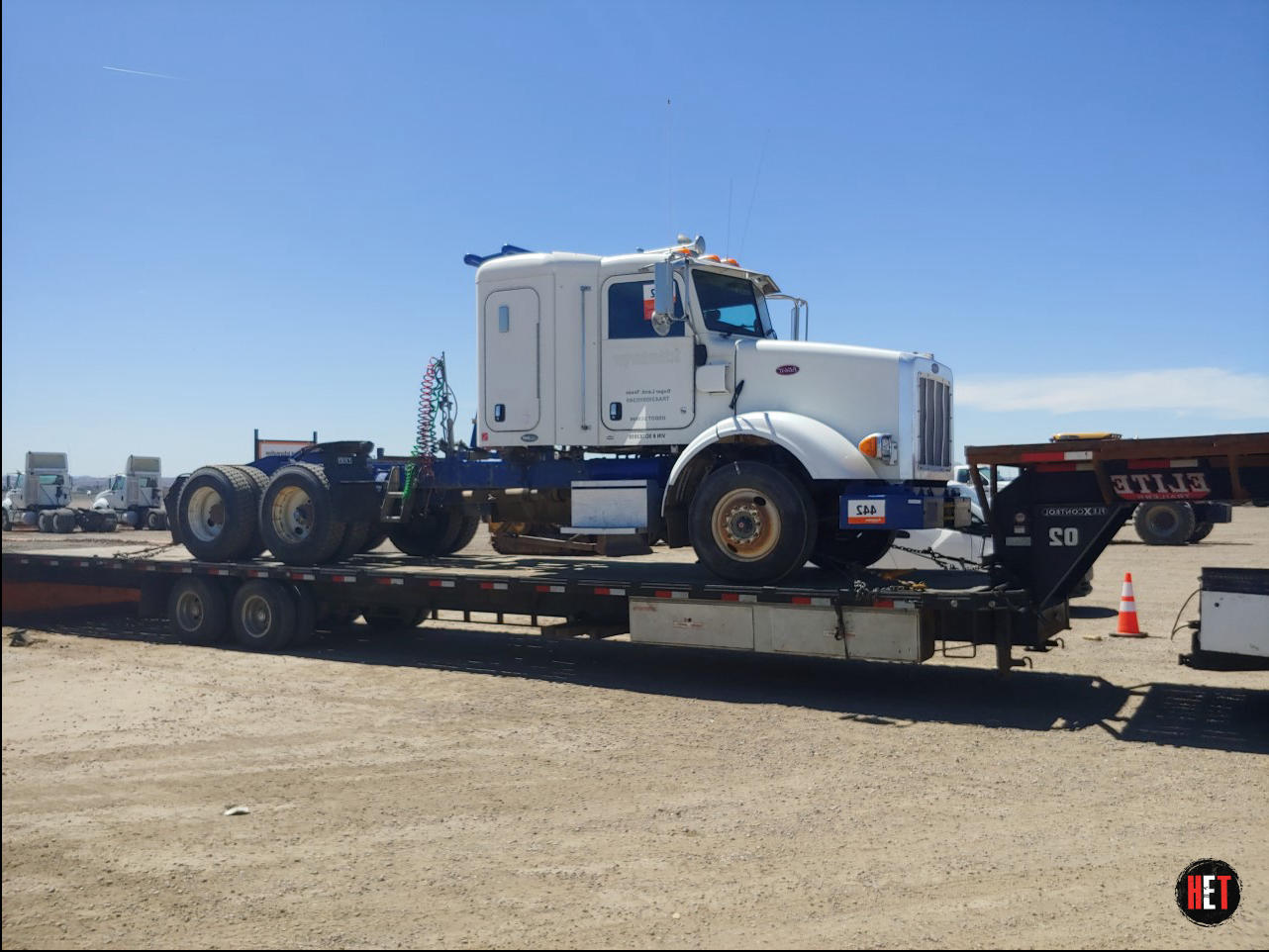 We transported a 2016 International single axle tank semi truck from Cedar Rapids, IA and delivered it to Fargo, ND on time and safely.

Brian helped a client transport a semi truck from Cedar Rapids, IA to Fargo, ND. To be able to transport the 2016 International single axle tank semi truck on public roads, he needed to apply for shipping permits. While he waited, he worked on transport documents and fully insured the semi truck. After looking at the weight and dimensions, he decided that the step deck trailer was the most suitable for transport. We recommend the best trailers for transport based on the specs of the semi truck.

On the date given by the client, Brian contacted one of our professional drivers in Cedar Rapids, IA and told him where he was to pick up the semi truck. After he loaded and secured it for transport, Brain dispatched the shipment. From years of transporting semi trucks from Iowa to different parts of the country, our drivers know the best routes to use to get to the drop off location safely and on time.

We offer reliable and affordable semi truck transport to and from Iowa. 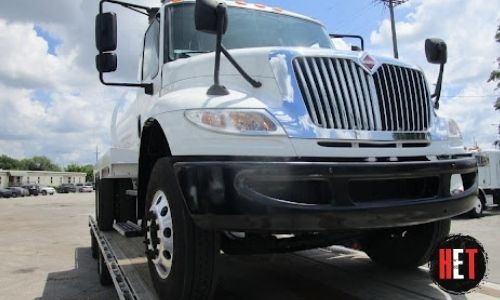 2016 International Single Axle Tank Semi Truck Shipment Below are the pick up and drop off locations of the semi truck.