Semi Truck Transport to and from Florida - Drive Away Services Available

Our Florida semi truck shipping services are all-inclusive. That means we handle all the paperwork, gather permits, provide pilot cars if necessary, and we even offer load assistance for non running semi trucks. Heavy Equipment Transport has over a decade of experience shipping semi trucks all across Florida and the surrounding states. We are licensed, bonded, and insured for transport and Florida drive away services. With our dedication and attention to detail, we’ve become one of the industry-leading Florida semi truck transport companies. Let’s ship your semi truck today! (888) 730-2951

We specialize in top quality Florida semi truck transport services. Even if your semi truck is broken down, we’ll provide the assistance you need to get it shipped to or from Florida with ease. Every semi truck transport is double and triple checked to make sure it’s secured after loading. When it comes to Florida drive away services, all of our chosen drivers are experienced, professional, and fully insured to move trucks through out Florida. We vet every driver to ensure you have a safe Florida semi truck shipping experience.

The I-10 is a 362-mile highway in Florida that forms the easternmost part of an interstate that runs east-west through the U.S. The road follows a similar course to the US 90 highway, but it's a more direct route through the state as it avoids the central locations of many Florida cities. The western terminus is near Pensacola, in Escambia County. Before exiting Florida, the route crosses multiple rivers, including the Perdido River at the border and the Blackwater River, before passing through the Osceola National Forest. Towards the east, the highway travels until it meets its end in the Brooklyn neighborhood of Jacksonville's urban center.

The I-75 runs between the Hialeah-Miami Lakes border just north of Miami to the Upper Peninsula of Michigan. It's a north-south highway that begins its journey northward by curving around the Miami Lakes border and passing the Miami metro area, before traveling west across Alligator Alley. Past Alligator Alley, the road turns back north, heading into Naples and following the Gulf Coast, passing Fort Myers, Venice, Sarasota, and other major cities. The freeway then visits the Tampa Bay Area before moving inland to connect travelers to Gainesville and Lake City before its exit to Georgia.

I-95 is the main highway serving the Atlantic Coast, connecting downtown Miami to Daytona Beach, Jacksonville, and beyond. The route also serves Fort Lauderdale, Titusville, and West Palm Beach. It connects many airports along its northerly path, including the Fort Lauderdale-Hollywood Airport, Palm Beach International Airport, and Jacksonville International Airport. 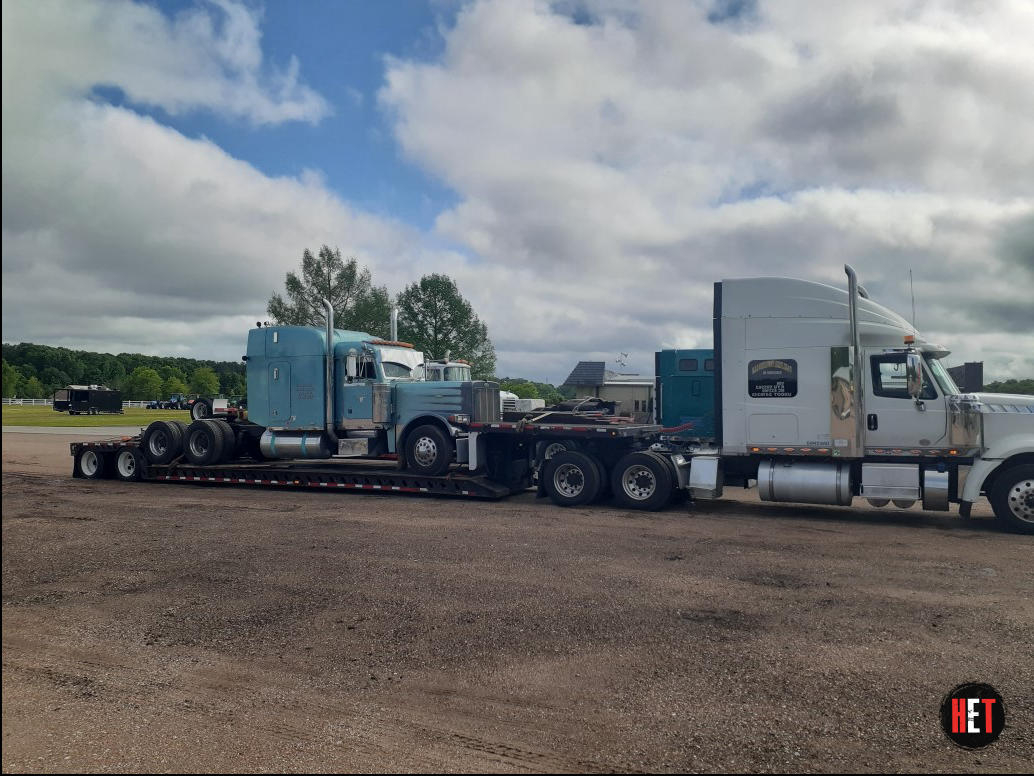 We shipped a 1989 Mack flatbed semi truck from Miami, FL to Salyersville, KY safely and on time.

When he finally got the shipping permits, he decided that a flatbed trailer was most suitable for transporting the semi truck from Miami, FL to Salyersville, KY. On the date given by the client, he contacted one of our drivers in Miami, Florida and told him where he was to pick the 1989 Mack flatbed semi truck. He secured it for transport and set off. Our drivers know the fastest routes to use when transporting semi trucks from Florida to different states. Our driver was at the drop off location before the deadline.

We offer professional and reliable semi truck shipping services to and from Florida. 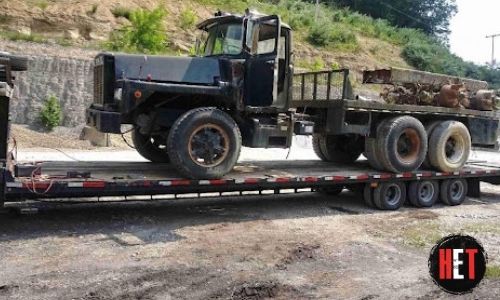 1989 Mack Flatbed Shipment Here are the pickup and drop off locations of the 1989 Mack flatbed semi truck.