Providing Semi Truck Transport to and from Alaska

When it comes to semi truck shipping in Alaska, you need the experts from Heavy Equipment Transport. Our drivers are confident transporting semi trucks along unsigned highways, even in adverse weather conditions. We take pride in the safety of our trucks, drivers, and tractor trailer cargo - at all times. Our experienced drivers can ship tractor trailers to anywhere in Alaska. Whether it's in Juneau, Delta Junction, Anchorage, or anywhere in-between, we'll be there.

Drivers will often need to navigate a lot of wilderness when transporting semi trucks in Alaska. We regularly handle semi truck transport to and from cruise ports, major cities, small towns, and remote locations in Alaska, and know many drivers comfortable and experienced with this terrain. With us, you'll always have a tractor trailer shipping partner that you can trust to get your equipment safely to its next stop. Call now! (888) 730-2951

The highway can be a daunting prospect for anyone outside of Alaska to navigate, which is why we make sure we've always got crews available to help you with any semi truck transport services that you need. Our Heavy Equipment Transport tractor trailer shipping service can include load tracking, pickup and drop off in limited access locations, semi truck loading and unloading assistance, and much more. Our semi truck transport service unites you with specialists who know how to ship a semi truck securely. We work to your timescales, making sure that everything is in place to ensure a safe, efficient tractor trailer transport occurs.

In total, there are four major Heavy Equipment Transport tractor trailer routes that our drivers use to transport semi trucks through Alaska

The Alaska Highway is the main route connecting the United States to Alaska through Canada. The highway begins at a significant juncture in Dawson's Creek, B.C., and ends in Delta Junction. After crossing the Yukon-BC border, the road continues north-northwesterly to its final terminus at Delta Junction, passing east of Fairbanks.

The A-4 highway runs parallel to the Alaska Railroad and is one of the most important routes through the state because it's the primary connection between Anchorage and Fairbanks. Two sections of this road are built to freeway standards: a portion near its intersection with Glenn Highway in Palmer, and the Robert J. Mitchell Expressway in Fairbanks that leads to the Richardson Highway. Call today! (888) 730-2951 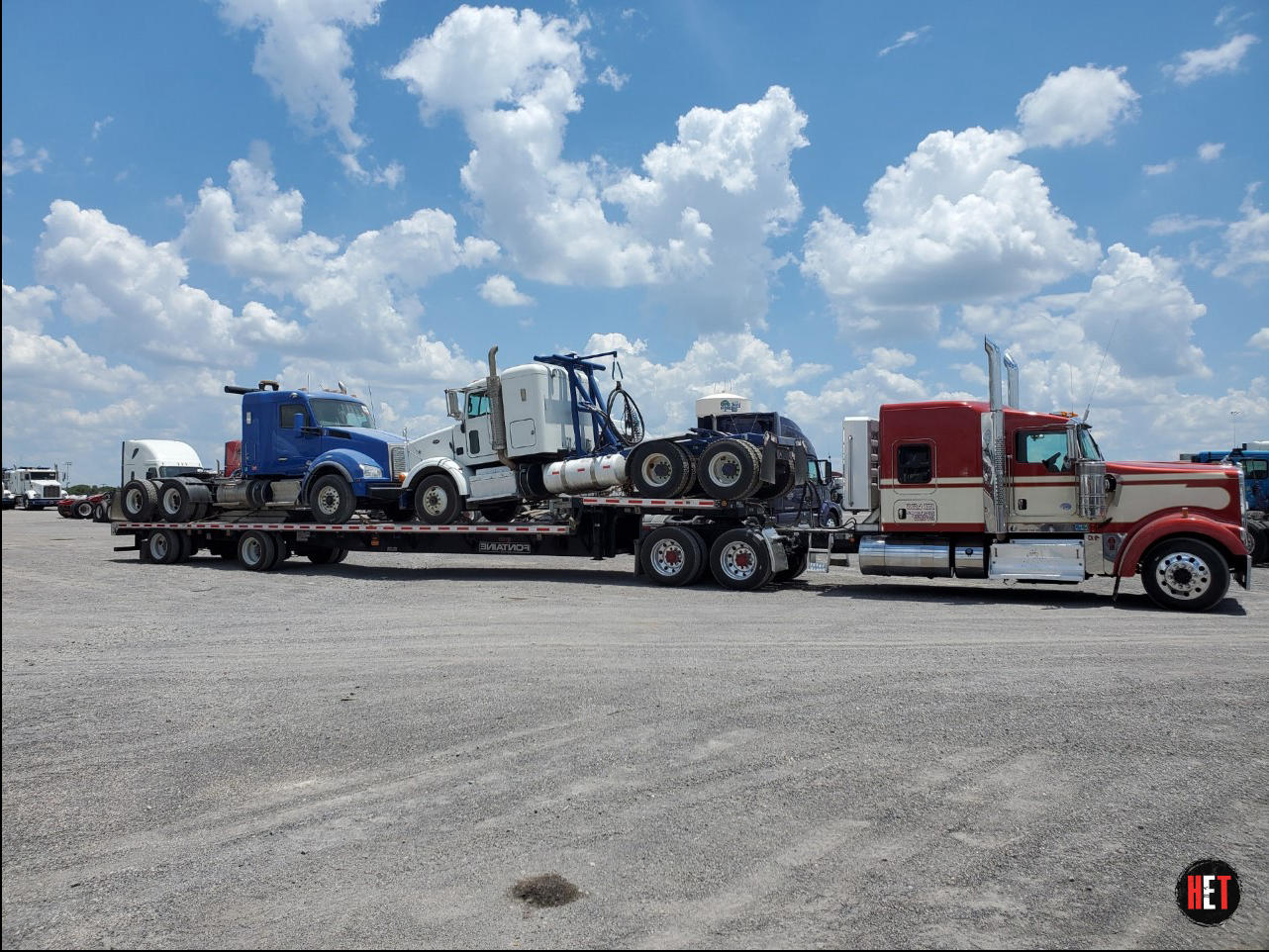 We safely shipped a 2011 Mack CH600 with a custom built enclosure semi truck from Anchorage, AK all the way to Baker City, OR.

After the semi truck was unloaded, it was again loaded on an RGN trailer that transported it to Baker City, OR. HeavyEquipmentTransport.com guarantees safe and timely semi truck shipping services from Alaska to every other state in the country. We know how to go about each step of the way.

We offer reliable, timely and safe semi truck shipping services to and from Alaska. 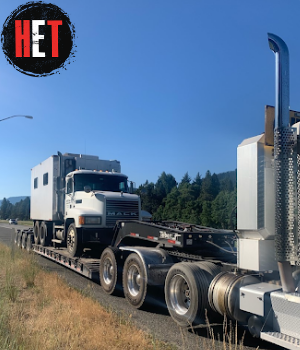 2011 Mack CH600 with Custom Build Enclosure Shipment Below is the weight, dimensions, pick up and drop off location of the semi truck.