Transporting Semi Trucks to Alabama and Offering Drive Away Services

Heavy Equipment Transport provides semi truck transport to and from Alabama with expert service. Our experienced logistics agents know the best routes throughout Alabama. We are an Alabama semi truck shipping company dedicated to providing a semi truck transport experience that will have our clients coming back again and again. We also provide Alabama drive away services. Our drivers are licensed, bonded, and insured to drive your truck through Alabama. Our team will plan the best route to ship your tractor trailer in Alabama. We are experts in Alabama's DOT shipping regulations, so we can transport your semi truck safely.

Whether you need Heavy Equipment Transport to ship a semi truck into a high traffic zone such as the Birmingham metro area or transport a tractor trailer through the Appalachian mountains into Georgia, we guarantee that your truck transport will be attended to by a professional, experienced driver. Our dedicated crew knows how to ship a semi truck quickly and safely, to ensure you have a hassle-free drive away service experience. We'll take care of all of the logistics associated with moving a semi truck, protecting it every step of the way. Call now for a free drive away service estimate! (888) 730-2951

Heavy Equipment Transport specializes in semi truck transport of all types, including flat roof sleepers, mid-roof sleepers, raised roof sleepers, and day cabs. Our Alabama drive away services have successfully relocated trucks from major manufacturers such as Volvo, Freightliner, and Peterbilt. Whether your semi truck has an onboard sleeping arrangement or it's a day cab, our tractor trailer shipping services can assist you.

As a dedicated truck driving company in Alabama, we pride ourselves on using our extensive experience navigating the state's major highways and roads to your advantage. Our professional, CDL-certified drivers regularly travel the busiest routes including:

The I-65, the Heroes Highway links six of the state's largest cities. The Alabama portion of this significant Interstate starts near Mobile at the I-10 terminus. While proceeding northeastwards, the route crosses the Mobile River delta en route to Montgomery, and there's a mountainous climb of 400ft before it descends into Alabama's southern plains. From Montgomery, the I-65 veers northwest towards the Birmingham metro area, passing through dense traffic locations such as Hoover, Vestavia Hills, and Homeward. The final stretch runs straight north through Cullman, the Decatur metro area, and Athens before heading into Tennessee.

The I-20 and I-59 run concurrently for part of their route through Alabama, both passing northeast through Tuscaloosa before splitting in east Birmingham. From eastern Birmingham, the I-59 continues towards the northeast, passing Fort Payne and Gadsden before entering Georgia. The I-20 turns east at Birmingham and passes by the former shopping areas Eastwood Village and Century Plaza. The I-20 then becomes a six-lane expressway that travels through the suburban countryside before reaching Oxford, Livingston, Bessemer, and Pell City. 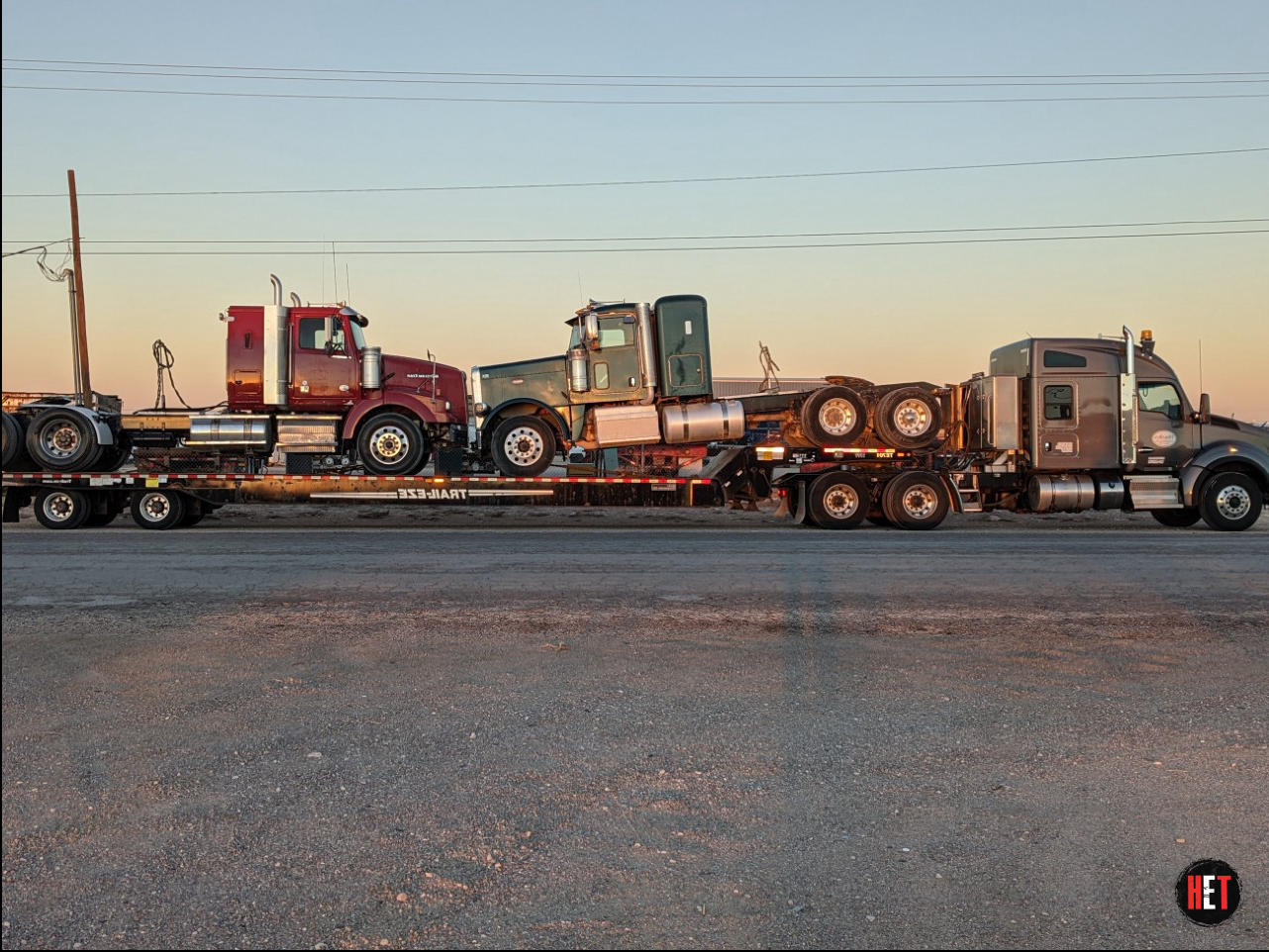 We helped a client transport a 1988 International dump truck from Montgomery, AL and delivered it in Burlington, KY on the agreed date.

He decided an RGN trailer was the most efficient to transport the semi truck from Montgomery, AL to Burlington, KY. On the date given by the client, he sent one of our drivers to the pick up location. He carefully loaded the semi truck and secured it for transport. Once he was dispatched, our driver knew the best route to use to get the semi truck delivered on time. After hours of being on the road, he safely delivered the 1988 International dump truck.

HeavyEquipmentTransport.com offers timely and reliable semi truck transport services to and from Alabama. 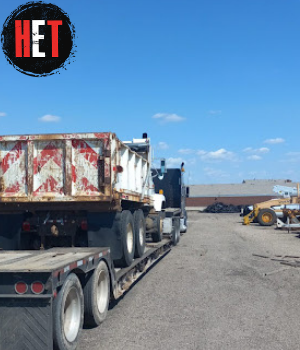 1988 International Dump Truck Shipment Below are the pick up and drop off locations of the semi truck as well as its specifications.